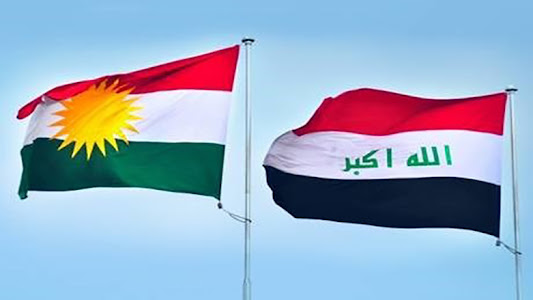 (Kurdistan 24)
After meetings between the central and regional Kurdish governments another budget deal has been made. It is based upon the 2019 budget with a slight modification. It is unlikely to remain as is however because it has to be approved by parliament where there is large opposition to making agreements with the Kurdistan Regional Government (KRG).

December 5, it was reported that Baghdad and the KRG had come to a new bargain over the 2021 budget. Kurdistan would export 250,000 barrels a day in oil and deliver half of its border revenues to the central government in exchange for 12.7% of the budget. This came after the Kurds sent a delegation for talks with the Kazemi administration. This was based off of the 2019 budget where the KRG was to sell the same amount of petroleum. The sharing of tariffs was a new addition. This now has to be approved by parliament where there are strong voices against it.

There are many parliamentarians who no longer trust the KRG to follow through with its obligations as it has not followed the last several budget deals. In April for instance Prime Minister Adil Abdul Mahdi cut payments to the KRG because it never exported any oil for Baghdad as per the 2019 budget. The next month Finance Minister Ali Allawi proposed a one-time payment of 400 billion dinars ($338 million) to Kurdistan to pay for its government workers in exchange for exporting oil within 30 days. The KRG never met that deadline. Then in August Premier Mustafa Kazemi made a new agreement to deliver 320 billion dinars a month ($268 million) to Kurdistan for three months and in return the Kurds would turn over part of their tariffs. Again, the Kurds did not fulfill their obligations. That’s because the KRG is facing its own economic crisis not being able to pay its government workers and owing huge debts to oil traders and others. It simply can’t afford to share any of its revenue with Baghdad. At the same time it has learned that it can keep getting money from the central government in these short installments if it keeps making deals even though it apparently has no intention of following through with them. These are all the reasons why the new bargain is likely to be changed once it goes before the lawmakers. There are many members of parliament that no longer trust the KRG and are likely planning on using it for the 2021 elections.