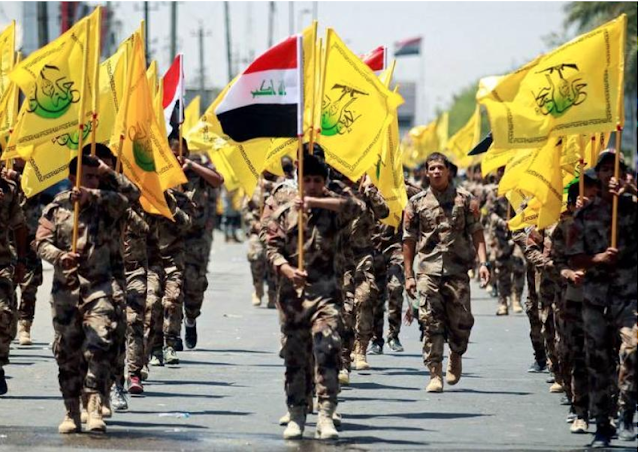 Iraq’s parliamentary elections are quickly approaching and the Election Commission just issued a major decision. It said that the Hashd al-Shaabi will not be able to participate in the early voting along with the other members of the security forces.

The Election Commission said the Hashd had not turned in a list of their members to the Commission. The Hashd failed to turn over the names of their fighters for the 2018 election as well. The spokesman for Kataib Hezbollah and the leader of its new Huqooq Movement which is running for office this year Abu Ali al-Askari condemned the decision claiming that it would weaken the Hashd. The Hashd are already a major political force being part of the Fatah List. It is hoping to gain more seats in 2021.

Al Hurra speculated that the reason why the Hashd had not submitted its members to the Election Commission was because it has thousands of ghost members on the payroll. This is a time proven practice with Iraq’s security forces. Commanding officers in the army and police have registered soldiers and police who only exist on paper so that they can collect their salaries. The Hashd is likely doing the same thing.

In the end, the Hashd will still be able to vote. They also have a built in constituency with not only their fighters but their relatives as well, which if press reports are to be believed they are actively trying to manipulate both for the election. The question is if this is enough to pick up new seats because many of the most powerful factions like Kataib Hezbollah are also highly unpopular for attacking and killing members of the protest movement and their loyalty to Tehran.

Al Aalem,, “The crowd is outside the special vote .. The Commission holds it responsible and the solution is an internal mechanism,” 10/2/21

Al Hurra, “Iraq .. The Electoral Commission explains the reasons for not including the crowd in the special vote,” 10/2/21

- “The Iraqi elections … the special vote revives the controversy over the fake numbers of the crowd’s members,” 10/2/21