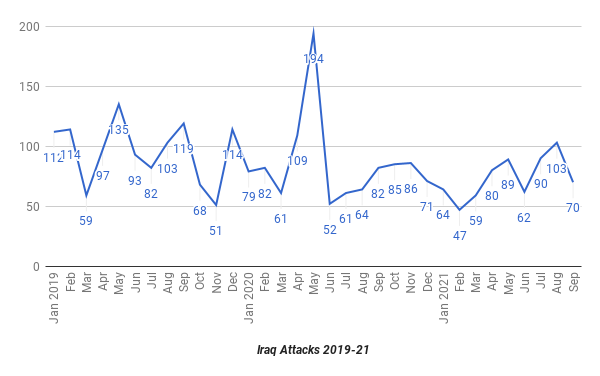 Violence in Iraq continues to fluctuate up and down month to month. August was the last month of the Islamic State’s summer offensive. That resulted in a large drop in incidents in September. Pro-Iran groups also backed off on their campaign against U.S. targets in the country.

There were a total of 81 security incidents reported in the media in September. That was down from 133 in August. 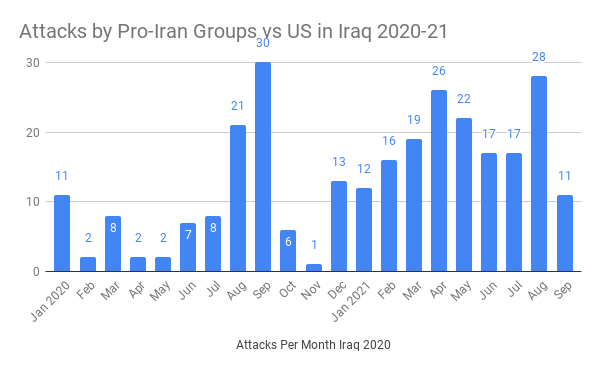 11 incidents were by pro-Iran factions. That was the lowest monthly total for 2021. They hit 9 logistics convoys working for the U.S. in Babil (3), Baghdad (1), Dhi Qar (2), Diwaniya (2), and Muthanna (1). There was also a drone attack upon Irbil Airport and rockets were fired at a Turkish base in Ninewa. Hashd factions have warned Ankara about their presence in northern Iraq and this was another warning that they are not welcomed. In September these groups carried out 28 attacks the highest figure of the year. The drop was likely at the behest of Iran. 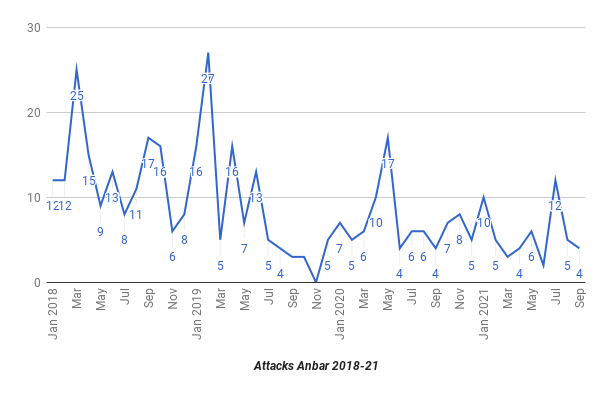 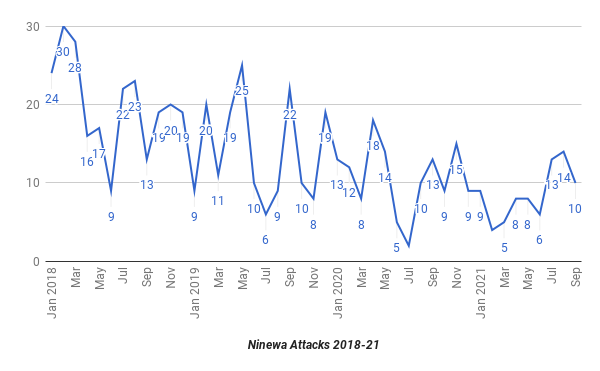 Anbar and Ninewa continued to be used as logistics hubs by the insurgency and saw few incidents. There were 4 in Anbar down from 5 in August. IS attacked a Hashd unit in Amiriya and a border guard who was kidnapped in August was found beheaded by the Waleed border crossing with Syria. Incidents went from 14 to 10 in Ninewa from August to September. Most of the attacks were IEDs planted to keep the security forces and civilians away from areas IS works in. 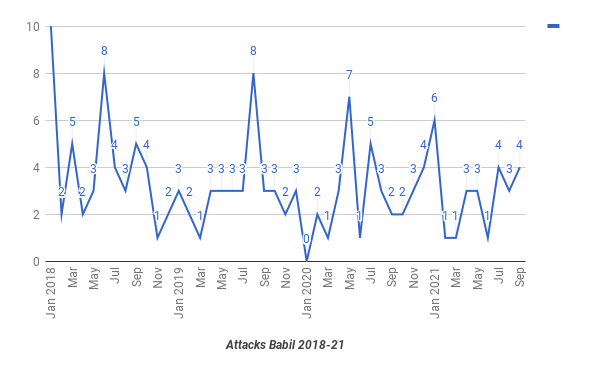 Babil remains a target of opportunity for IS. Of the four incidents three were in the Jurf al-Sakhr district in the northeast which is a large Kataib Hezbollah base. An IED was also dismantled targeting a power tower in Iskandiriya. 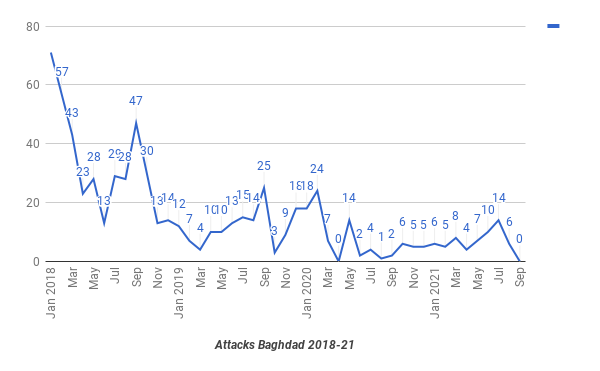 There were no attacks by IS in Baghdad during the month. In the previous months the insurgents had reactivated its cell in Tarmiya in the north. The government responded with several security sweeps through the district which would account for the lack of activity in September. 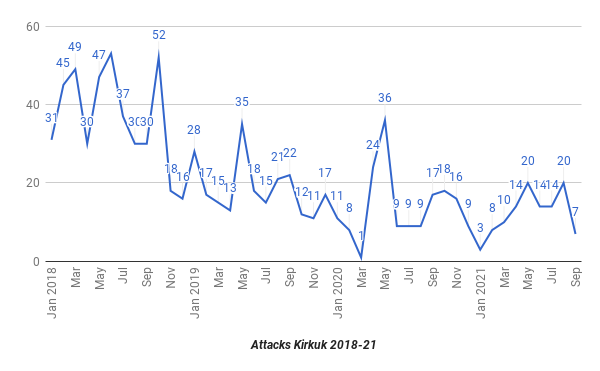 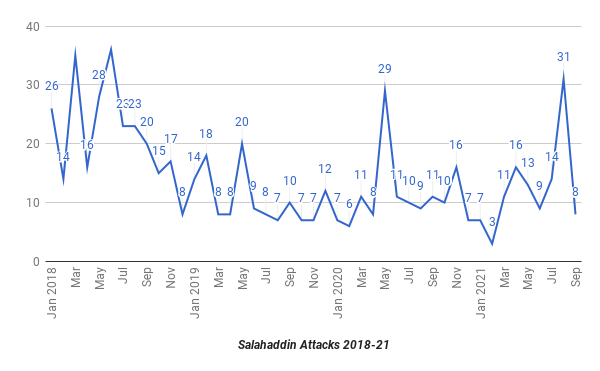 Kirkuk and Salahaddin were major targets during the insurgents’ summer offensive but that ended in September. Incidents in Kirkuk went from 20 to 7 and 31 to 8 in Salahaddin from August to September. The biggest incidents in Kirkuk were a village being attacked along with a checkpoint and there were two gun battles. There were similar attacks in Salahaddin with an assault on a town, a checkpoint shot at and a shootout. IS has major bases in both provinces but doesn’t use them much except for the spring and summer campaigns. Otherwise, it appears they are focusing upon rebuilding. 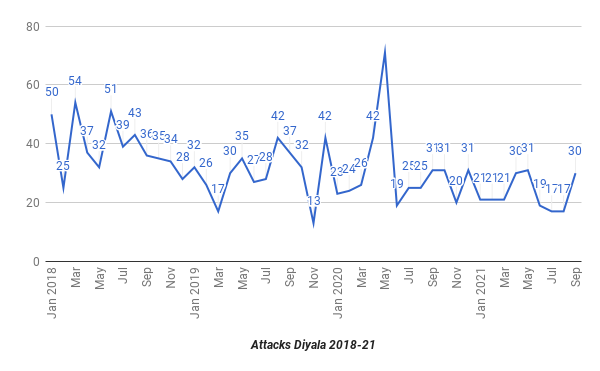 With the summer push over Diyala returned as the main focus of the Islamic State. The major change during the month was that IS started hitting the northwest along the Salahaddin border. It often moves men and materials between the two provinces but now it looks like the insurgents are trying to establish de facto control over the area just as they have over the Muqdadiya and Khanaqin districts in the center and northeast respectively.

NINA, "An Army Member Martyred And Seven Wounded In An ISIS Attack On A Village In Kirkuk," 9/2/21

- "An Attempt To Detonate A Tower To Transmit Electric Power Thwarted In Babylon," 9/2/21

NRT, "Rockets Fired At Turkish Military Base Near Bashiqa; No Casualties Reported," 9/25/21

- "Two days after his kidnapping, ISIS beheads an Iraqi soldier on the Syrian border," 9/1/21

Sotaliraq, "A soldier was killed in an armed attack in Tuz Khurmatu," 9/29/21

Al Sumaria, "An armed group attacks a village in Salahaddin and kills an officer with the rank of captain," 9/14/21