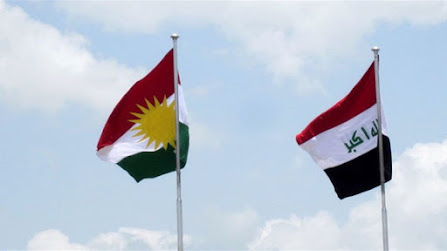 (Kurdistan 24)
The central and Kurdistan Regional Government (KRG) have started talks over a new 2021 budget while the last agreement hasn’t be fully implemented. This was a major criticism of the previous government of Prime Minister Adil Abdul Mahdi who sent monthly budget payments to Irbil without getting anything in return. PM Mustafa Kazemi may be falling into the same predicament.

In August Baghdad and Irbil seemingly solved their dispute over the budget. Kazemi agreed to send 320 billion dinars per month, $269 million, to the KRG to pay for its public workers. In return Irbil would send half of its border revenues to the central government. This deal was to remain in place until the 2021 budget was passed. Under previous budgets the Kurds were to export a set amount of oil for the central government but it hadn’t done that for months leading Kazemi to cut off payments to the KRG in April. The PM switched to tariffs as part of his campaign to control Iraq’s border crossings. Afterward it seemed like this long standing dispute between the two sides had finally been resolved.

The issue with these deals is always in the details. On August 27 it was reported that the Border Crossings Commission had not gotten any response from the KRG over its tariffs. The next month PM Kazemi travelled to Kurdistan with one of the main issues being the Kurds following through with their customs payments. It’s still early so Irbil could start complying in the coming weeks. The problem is that Kurdistan’s finances are even less transparent than Baghdad’s. The border crossings are controlled by the Kurdistan Democratic Party and Patriotic Union of Kurdistan and have always been a major source of revenue for them. In order to follow through with the agreement the Kurds have to at least partially open up their books which they have always been opposed to.

The central and regional governments could still finalize this agreement. The KRG for instance could send a set amount of money to Baghdad without disclosing how much they are making from tariffs. On the other hand, the Kurds are in a much worse financial state than the Kazemi government. Since it’s been able to receive money from the central government without giving anything in return under Abdul Mahdi it may try to do the same with Kazemi, drawing out the process until the 2021 budget is passed and then deciding on whether to follow that law or not.

Al Mada, “Agreement between Baghdad and Irbil on oil policy and debts, and standardization of port procedures,” 8/16/20