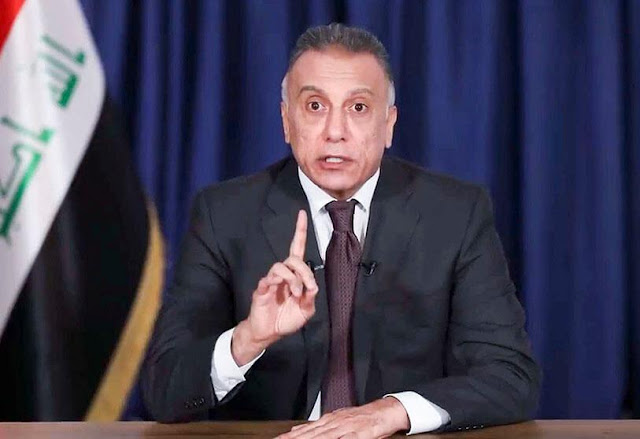 On August 30, Prime Minister Mustafa Kazemi announced that he’d taken the first steps towards finding justice for martyred protesters. First, he said that families of martyred demonstrators that had been counted by a government committee would now be eligible for compensation payments. Second, he promised that legal action would be taken against the perpetrators of violence against the protests. Neither of these is likely to happen.

When Kazemi first became premier he promised he would stand up for protesters. In May he created a committee that would look into the shootings and deaths of activists. In July it reported that 560 people had been killed and that their families would receive 10 million dinars, $8,380, in compensation. The problem is that Iraq is facing its greatest economic crisis since 2003. It is unable to pay its own government workers right now. There’s no way it can afford to make payments to these martyrs.

The prime minister has also talked tough about taking on those that have attacked demonstrators but has not followed through. In May for instance, he had the security forces raid the offices of Thar Allah in Basra City after it was accused of shooting protesters. Nothing happened afterward however. No one was brought up on charges or sent to court, let alone jail. In August, a number of activists were assassinated and attacked by pro-Iran groups to embarrass Kazemi while he visited the United States. When he returned he went to Basra the site of two murders and promised a crackdown. Interior Minister Othman al-Ghanimi said his forces were heading to the city and promised the arrest of the killers within hours. Nothing has been heard of this operation since then. The perpetrators of these crimes are not only connected to Hashd factions close to Iran but the ruling parties as well. Taking them on could cause a political crisis for the premier who has no party behind him and is only heading a caretaker government. That’s the reason why Kazemi has not confronted them and they are free to kill with impunity.

AIN, “Urgent Al-Kazemi instructs the formation of a government committee to draw up a list of victims of the protests,” 5/18/20

- “PM Kadhimi Hails Progress In Investigation Into Violations Against Protesters,” 8/30/20

Shafaaq News, “Al-Ghanimi announces sending a force to Basra to arrest the killers within hours,” 8/22/20