U.S. Announces Troop Cuts In Iraq That Are Unlikely To Make Many Happy 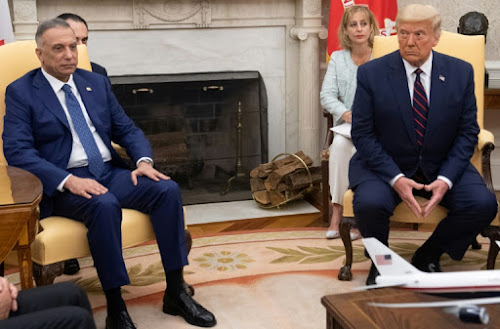 (ANHA)
At the start of September 2020 the U.S. Central Command head General Kenneth McKenzie announced that American troop levels would be down to 3,000 in Iraq. The U.S. had already been drawing down and exiting bases in the country since the start of the year. President Trump is hoping to use this withdrawal as part of his re-election campaign. The problem is the president insists that American forces stay in Iraq, which will make many parties there and Iran unhappy meaning little is gained from the move.

The announced drawdown doesn’t work in the U.S., Iraq or Iran. First, in January 2020 Iraq’s parliament passed a non-binding resolution demanding that all foreign forces leave the country. The U.S. rejected that call with Trump threatening sanctions if the Americans were forced out. The president has said he wants to maintain some troops in Iraq to keep an eye on Iran. That means Trump won’t be able to claim he’s ended “the endless war” in Iraq. The U.S. and Iraqi military would also like to continue cooperation on things like intelligence and raids against the Islamic State but that has been greatly hindered by attacks and withdrawals from bases. Second, the fact that the Americans are staying means the Iraqi parties close to Iran will continue to complain about their presence. The Fatah list already made such statements. Finally, Tehran won’t be happy either. It has always been against the U.S. being in Iraq. It’s proxies have been attacking targets holding Americans throughout the year. That will continue.

BBC, “Trump threatens Iraq with sanctions if US troops are expelled,” 1/6/20

Al Maalomah, “Al-Fatah: The survival of the Americans is unacceptable and the decision of Parliament must be adhered to,” 9/9/20