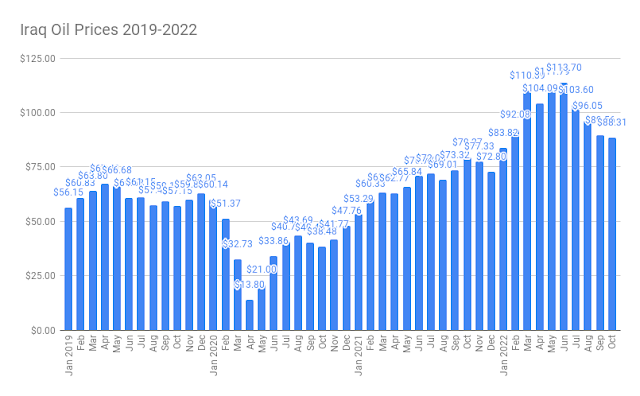 After three months Iraq’s oil revenues finally went up in October. That was due to a slight increase in exports while prices actually remained stable.

In October 2022 Iraq exported an average of 3.382 million barrels a day in oil. That was slightly up from the last month when exports were at 3.292 million. For the year sales have fluctuated between 3.2 to 3.3 million barrels. This was despite an increase in Iraq’s OPEC+ production quota. The country simply lacks the infrastructure to export much more.

Things worked out for Iraq as its revenues increased. They went from $8.845 billion in September to $9.258 billion in October. Iraq finally has a new government and its first priority is to pass a budget so it can start spending all this petroleum money that has largely been sitting in the bank.