The Iraqi military has talked Prime Minister Haidar al-Abadi into attacking the last remaining territories held by the Islamic State simultaneously. Those are the Shirqat in northern Salahaddin, Hawija in southern Kirkuk, and west Anbar. The Iraqi forces are moving into position, although political disputes with the Kurds are temporarily holding things up.


The Iraqi forces (ISF) are openly talking about taking on Anbar, Kirkuk and Salahaddin all at the same time. After Tal Afar in western Ninewa was liberated, some commanders were pushing for invading the last Islamic State lands in one big push. One of those was General Sami al-Aridhi of the Counter Terrorism Forces, also known as the Golden Division. Aridhi argued that the militants were defeated, and attacking them in multiple areas all at once would be the finishing blow. Those commanders have one the day and the ISF are now moving into position in all three provinces. 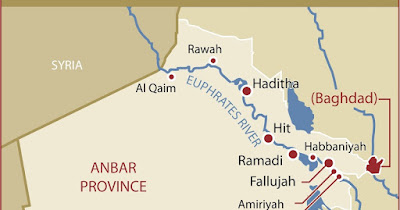 Iraqi units from Ramadi, Fallujah, and Baghdad are all heading west in Anbar. The Iraqi Air Force has also picked up its bombing of Islamic State positions. There have also been regular sweeps through the western half of the province in shaping operations before the big push comes. The latest was on September 5 involving the army and Tribal Hashd units looking to cut IS supply lines. British and American forces are going to support the Iraqis as they have in all the latest offensives. Anbar was the first province where the militants seized territory starting with Fallujah in January 2014. They have held onto the western towns of Ana and Qaim along the Euphrates river in northwest Anbar since then. 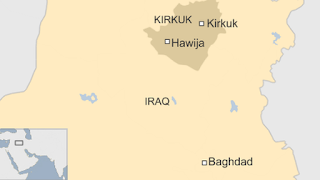 Hawija is the largest section of Iraq, which the insurgents still hold. As soon as Tal Afar was done in August, the ISF began sending its forces there. What’s been holding things up is disputes between the Kurds and the central government. Prime Minister Abadi said that the Peshmerga would take part in the Hawija operation, but apparently, nothing has been worked out between them yet. Besides coordinating, the Peshmerga are also objecting to the Hashd being part of the attack. The Kurds and joint forces worked together on the Mosul campaign. There were complaints on both sides about that, but it worked out. The two will have to do the same on Hawija. 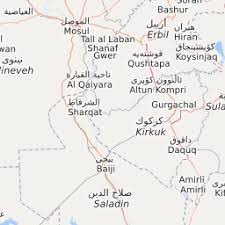 Finally, Shirqat, which is nearby Hawija will be assaulted as well. The Salahaddin Operations Command said the preparations are completed already. Forces are in place, and are just waiting for the details surrounding Hawija to be resolved.

The start dates for these three areas may not be exactly the same, but they will all start around the same time. In Tal Afar, the Islamic State barely put up a fight, and when resistance finally stiffened, it was broken in just a day. Hawija, Shirqat, and west Anbar are all similar terrain meaning there is plenty of open space, which the militants will not defend much, since they will be exposed to artillery and air strikes. The towns are not very built up either denying them the urban terrain they used to such great effect in Mosul. Once these battles are done, all of Iraq will be liberated. The Iraqis will then have to switch to counter terrorism and counter insurgency as IS is already rebuilding its networks in several governorates.

Al Baghdadiya News, “Kurdistan: Peshmerga will not participate in the restoration of Hawija without prior agreement with Baghdad,” 9/8/17

Al Mada, “The cities of western Anbar are preparing for a military operation coinciding with the liberation of Hawija,” 9/10/17
- “Kurds in Kirkuk: No coordination with the Peshmerga to free Hawija,” 9/9/17

New Sabah, “Military units are moving towards the west to liberate them from terrorist gangs,” 9/10/17

Rudaw, “Abadi blames Peshmerga fragmentation for delay in Hawija op,” 9/6/17
- “Military reinforcements and aerial bombardment as a prelude to storming the last strongholds of Daash in Iraq,” 9/8/17

Shafaaq News, “Abadi: We will coordinate with the Peshmerga in the Battle of Hawija,” 9/6/17