Growing Crisis Over Elections In Kirkuk and Kurdistan

While the Shiite parties have started meeting in Baghdad to try to form a new government there is nothing but turmoil going on in Kirkuk and Kurdistan. Since the day of the election on May 12 there have been widespread claims of voting fraud. In Kurdistan, the complaints are being made by the opposition parties against the Patriotic Union of Kurdistan (PUK). In Kirkuk however, all the major communities are claiming irregularities again aimed at the PUK. If this doesn’t get resolved not only would the legitimacy of the balloting be undermined, but there could be widespread turmoil as well. 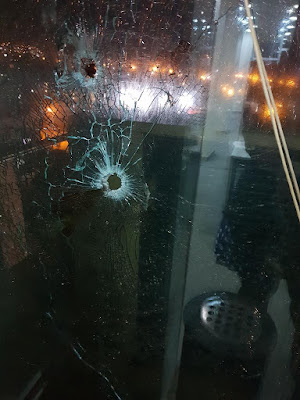 The problems started in Kirkuk as soon as the ballot boxes closed. Supporters of the Fatah list surrounded a United Nations office in the city charging vote rigging, and called for a recount. A Badr leader claimed that 70 voting centers had been tampered with. In the southern and northern districts of the province there were other protests claiming that the PUK cheated, and armed men showing up at some voting centers. This got so bad that Prime Minister Haidar Abadi sent in the Counter Terrorism Forces to try to stop the various demonstrations. The next day, the premier ordered a manual recount, but there was still widespread discontent. The Kurdistan Democratic Party joined the chorus by rejecting the elections, and then on May 15 thousands of Arabs and Turkmen turned out in Kirkuk City marching to the Election Commission office. The governorate has gone through a lot in recent months as it was included in the September independence referendum by Kurdistan. The next month PM Abadi sent in federal forces to bring it under Baghdad’s control. That set off a wave of political violence. That instability continued with the balloting. The fact that it is Arabs, Turkmen and Kurds all complaining as well shows that it isn’t just the Kurdish opposition against the PUK, but basically everyone arrayed against the party. A recount has been ordered, which will hopefully deescalate things. If not, this could lead to further destabilization with mass protests and perhaps more attacks.

In Kurdistan, charges of fraud began in Sulaymaniya. Change and the Democracy and Justice Coalition made a joint statement stating that voting machines had been hacked and demanded a recount on May 12. The next day, more parties added their voices to the chorus accusing the PUK of fixing the vote. It responded by going after its opponents. The Change and Democracy and Justice offices were attacked in Sulaymaniya city and a TV station was seized by gunmen. On May 14, Change, the Kurdistan Islamic Group, the Democracy and Justice Coalition, the Kurdistan Islamic Movement, the Kurdish Communist Party, the Kurdistan Islamic Union all met to show solidarity with each other, and demanded the Election Commission respond to their charges against the PUK. May 15, protests started in Irbil by those same groups. Change threatened to withdraw from the political process unless the Election Commission took action, while the Justice and Democracy Coalition said it would go to court over the matter. Most of the opposition has been furious at the ruling parties for years now. That started with KDP dismissing Change from the government when it refused to back extending the term of former President Massoud Barzani. That continued with the deepening economic crisis the region fell into, and then was topped off by the independence referendum, which most of the parties like Change rejected. Now they feel like the PUK has cheated to maintain its position again, as it was accused of doing the same the last time ballots were cast. The situation was already tense in Sulaymaniya, and the election rather than providing some form of pressure release, has only made it worse.

Al Maalomah, “Badr Leader: 70 polling stations had manipulated results in the vote in Kirkuk,” 5/13/18
- “Barham Salah’s Party threatens to take to the streets in protest against rigging the election,” 5/17/18
- “The Kurdistan Islamic Union confirms its rejection of the election results and holds the Election Commission responsible,” 5/17/18

NINA, “The Change Movement (Goran) Threatens To Boycott The Political Process In Iraq,” 5/16/18
- “Pavel Talabani Accuses Kurdish Parties Of Trying To Stir Up Sedition And Chaos Under Pretext Of Rigging The Results Of The Elections,” 5/16/18
- “Thousands of Turkmen and Arabs are taking to the streets of Kirkuk to protest the announcement of the results,” 5/15/18

Shafaaq News, “Protests by supporters of the popular crowd and encirclement of the UNHCR building and polling stations in Kirkuk,” 5/12/18