Growth In Education and Unrest In Iraq 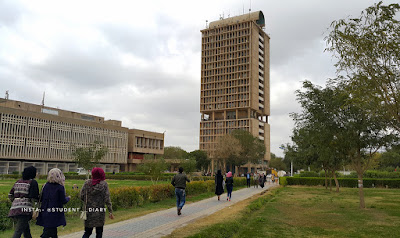 Education should be a gateway to more opportunities such as employment and higher wages. In Iraq however graduates face limited jobs, which is resulting in growing unrest as expressed by the annual summer protests. This has been an issue in the country for decades due to the expansion of schools and an oil dependent economy that has limited private enterprise.


Starting in the 1940s education expanded in Iraq. From 1940-51 the number of secondary and primary schools increased by 70% and 50% respectively. The next decade there was an even larger burst with secondary schools up 197% and primary ones up 187%. Before schools had largely been an exclusive affair for the urban elite and merchant class and the sons of rich sheikhs. Under the British Mandate in the 1920s London had tried to restrict schooling in part out of fear of creating a growing middle class that would not be able to find work. That became true in the 1950s. The huge increase in graduates could not find adequate employment. Going to school had traditionally been aimed towards gaining employment in the government. That demand did not keep up with supply. There were few other opportunities as the economy was increasingly dominated by oil, which was a capital intensive industry not requiring many workers. In 1946 for example, oil earned the nation 2.3 million dinars. That went up to 80 million by 1958.

Those same pressures are even more prevalent today. Iraq has an estimated population of 39 million with 53% 24 years or young. The median age is only 20 years old with a 2.55% population growth rate. In 2016, roughly 490,000 Iraqis graduated college, while the number of students applying to university grew by 41,252 students from 2003-2011. Just like in the 1940s-50s, most of those with university degrees look towards the government for jobs. The pay is better and includes pensions. The problem is the same as there just isn’t enough public sector work to employ all these young people, and private enterprise is small due to the domination of oil. The deputy governor of Basra told the Associated Press there were 30,000-35,000 graduates in the province with no jobs. That’s been made worse with the collapse in oil prices and the subsequent budget deficit. That led to a partial freeze in hiring new public sector workers in 2016. The number of civil servants went from around 362,000 in 2015 to 288,242 by 2018. Just like during the monarchy, there are more and more people going to college, and only limited opportunities for them afterward. That’s one of the reasons why this year’s protests are calling for jobs. Young people feel frustrated by this situation, which will only get worse with the continued population increases. That will lead to more unrest each year.