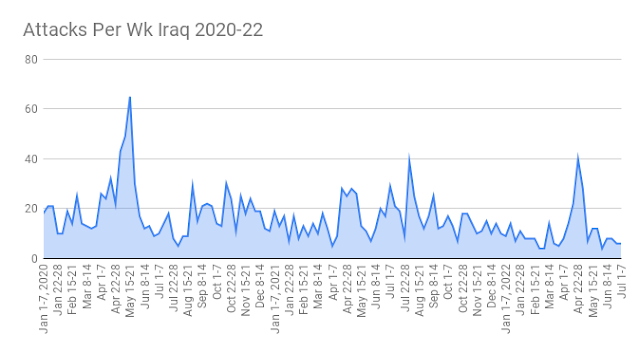 The Islamic State has returned to its dormancy after its annual Ramadan offensive. It’s now the start of July and there’s no sign that it has started a summer campaign as it usually does. Incidents by pro-Iran groups have also remained relatively the same.

There were a total of just 7 security incidents reported in the media from July 1-7. In the last full week of June there were 12 incidents, 10 the third week, 12 the second and 6 the first. 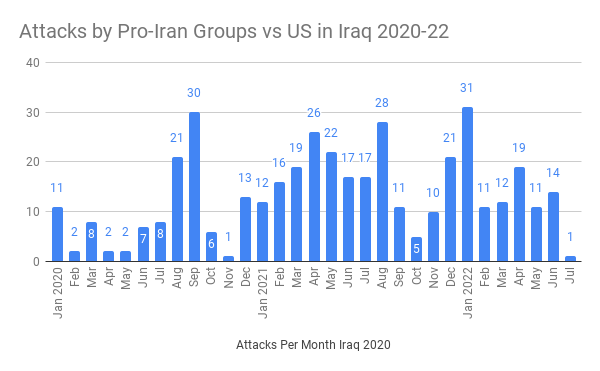 Pro-Iran groups bombed a convoy working for the U.S. in Salahaddin. This was the only activity by these factions during the week. Starting in May there have been fewer IEDs and a greater emphasis upon rockets so that more targets can be hit such as in Kurdistan and northern Ninewa. 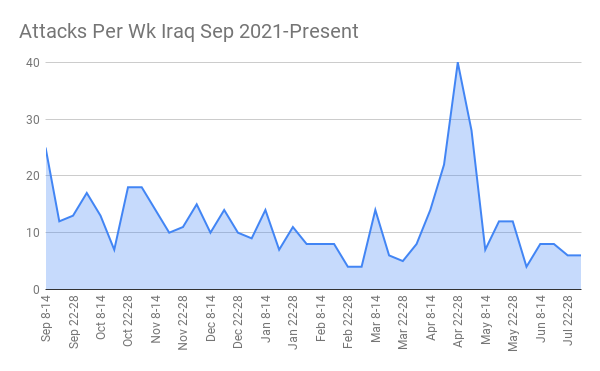 That left 6 incidents by the Islamic State. For the last five weeks attacks by the insurgency have been in single digits.

In Baghdad there was an IED in Tarmiya in the north that killed a civilian and wounded another. A checkpoint was shot at in Diyala leaving 2 Hashd dead and 5 others injured. A shepherd was executed, a civilian was shot and killed, and there were two IEDs, one a leftover of the war vs IS that left 1 soldier dead and 4 wounded total in Ninewa. None of these incidents were offensive in nature and all took place in rural areas.

NINA, "A Civilian Killed By Gunmen In Al-Kasak Junction, Northwest Of Mosul," 7/2/22

- "A Convoy Of Logistical Support For The Int'l Coalition Targeted With An IED South Of Salah Al-Din," 7/3/22

- "A soldier was killed and two others were injured in an explosive device explosion in Tal Afar," 7/2/22

Shafaq News, "ISIS executes a shepherd on the island of Ninewa," 7/1/22

Al Sumaria, "3 civilians were killed and injured by an explosive device explosion north of Baghdad," 7/2/22