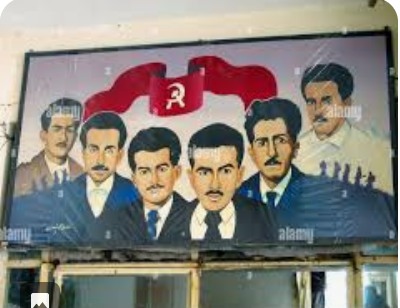 1917 Battle of Mohammed Abdul Hassan between Ottomans and British

(Musings On Iraq review Inventing Iraq: The Failure of Nation Building and a History Denied)

(Musings On Iraq review Empires of the Sand, The Struggle For Mastery In The Middle East 1789-1923)

(Musings On Iraq review The Iran-Iraq War Volume 1: The Battle for Khuzestan, September 1980-May 1982)

to emphasize what a disaster Gulf War would be

(Musings On Iraq review from storm to Freedom, America’s Long War with Iraq)

(Musings On Iraq review Out Of The Ashes, The Resurrection of Saddam Hussein)

Kuwait and Saudi Arabia for hosting air strikes on Iraq

an Iraq invasion force as possible

were no WMD Said Iraq’s Dec weapons declaration was incomplete

nuclear program Were for rockets

a fact that Iraq had WMD Tubes were for rockets

(Musings On Iraq review No End In Sight, Iraq’s Descent Into Chaos)

likely pick next candidate for premier after Dec 05 vote

(Musings On Iraq Iranian Revolutionary Guards’ Commander General Suleimani And His Role In Iraq, An Interview With The New Yorker’s Dexter Filkins)

who left insurgency for the money

unofficial and shouldn’t be discussed anymore

2020 UN said killing and kidnapping of protesters had to stop

(Musings On Iraq UN Report On Violence Against Iraqi Protesters)

sold it to businessmen for cheap they were close to

were majority to form new govt